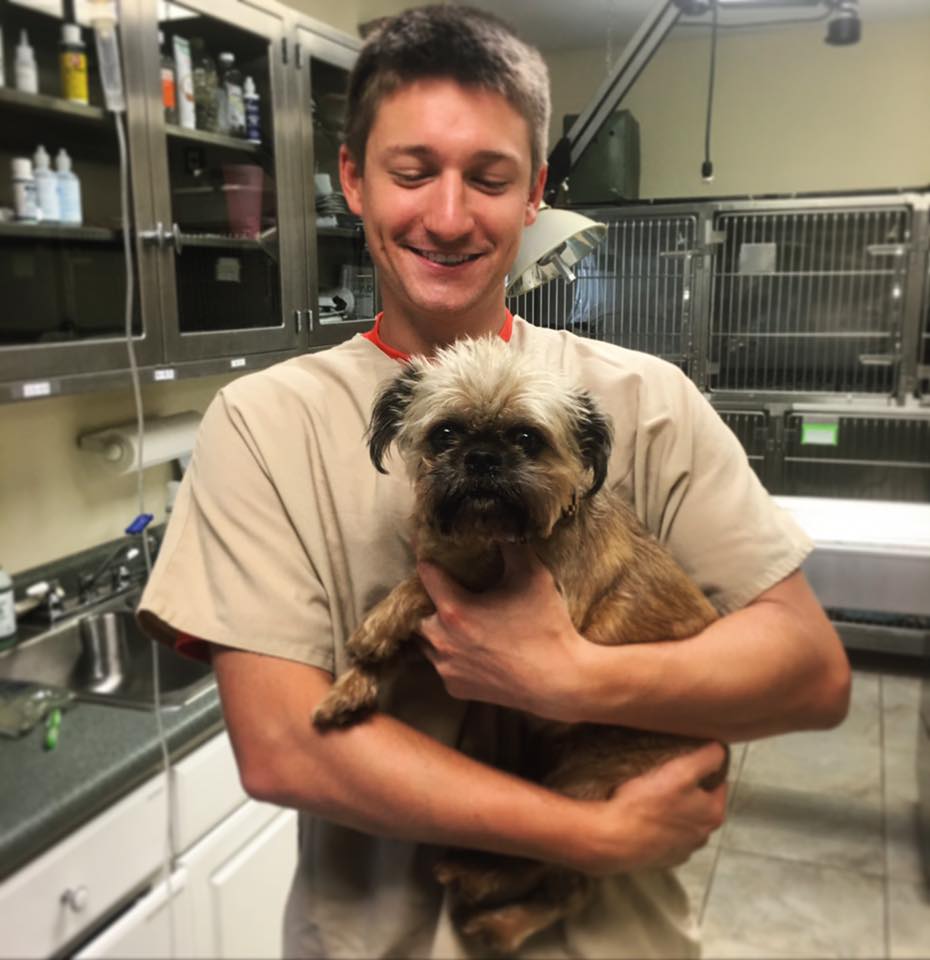 Hailey the Brussels Griffon presented to us lethargy, declining appetite, and intermittent vomiting. Bloodwork at that time revealed elevated kidney values, indicating that Hailey had chronic kidney disease, or CKD, a very common condition that we see in both older dogs and cats.

When an animal's kidneys begin to fail, they become inefficient at filtering the blood, excreting waste, and conserving water and electrolytes. Early signs of CKD are usually as simple as seeing an increase in thirst and urination, but as time goes on, toxins build in the blood (this is called azotemia), electrolyte imbalances occur, and animals become dehydrated despite their best efforts to drink. This will cause the pet to become lethargic, inappetent, they may vomit, and they can quickly become very sick, so we like to catch these cases as early as possible.

Hailey was hospitalized on IV fluids for a few days in order to restore hydration, correct electrolytes, dilute out the toxins, and provide good blood flow to the kidneys. Hailey's attitude and bloodwork improved through the hospitalization, and we were able to send her home. After a little more nursing care and rechecks, Hailey is now doing great at home! 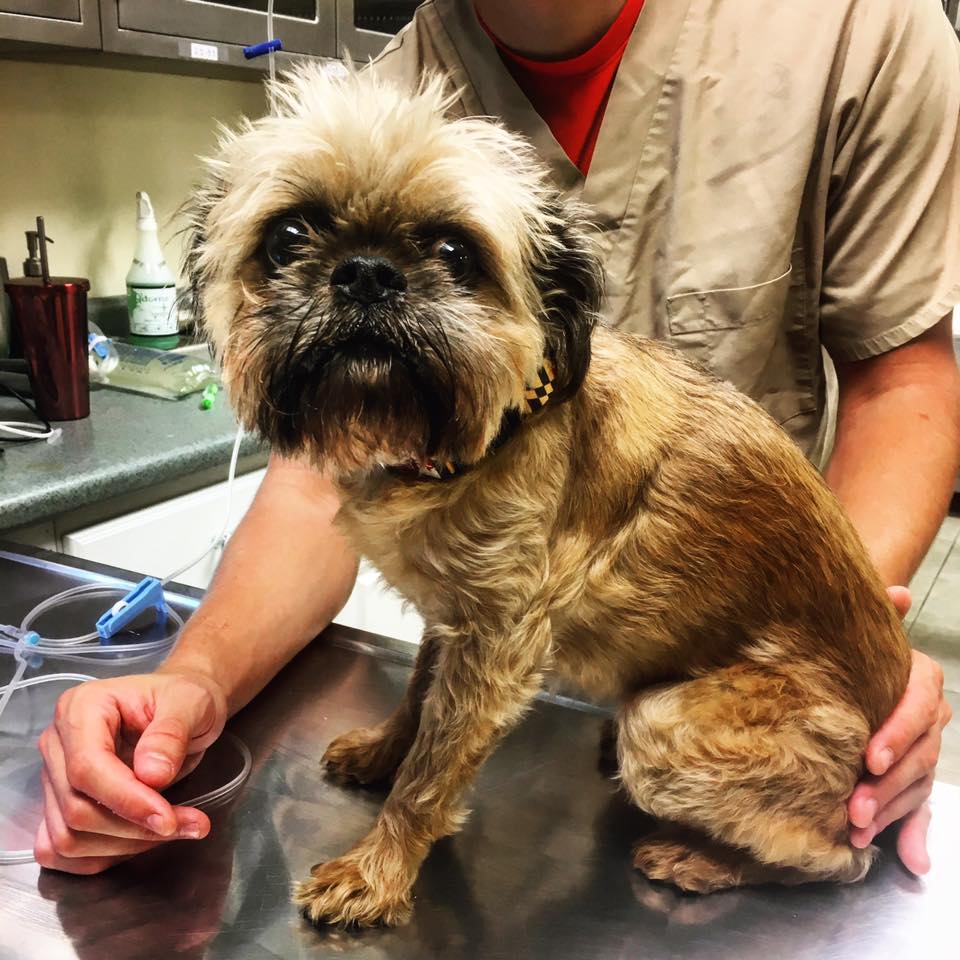 CKD is not a cureable disease. However, its progression can be prevented with renal diets and good fluid intake, which includes subcutaneous fluids, or fluids given under the skin. The kidneys are usually so inefficient that dogs have a hard time staying hydrated by drinking alone. 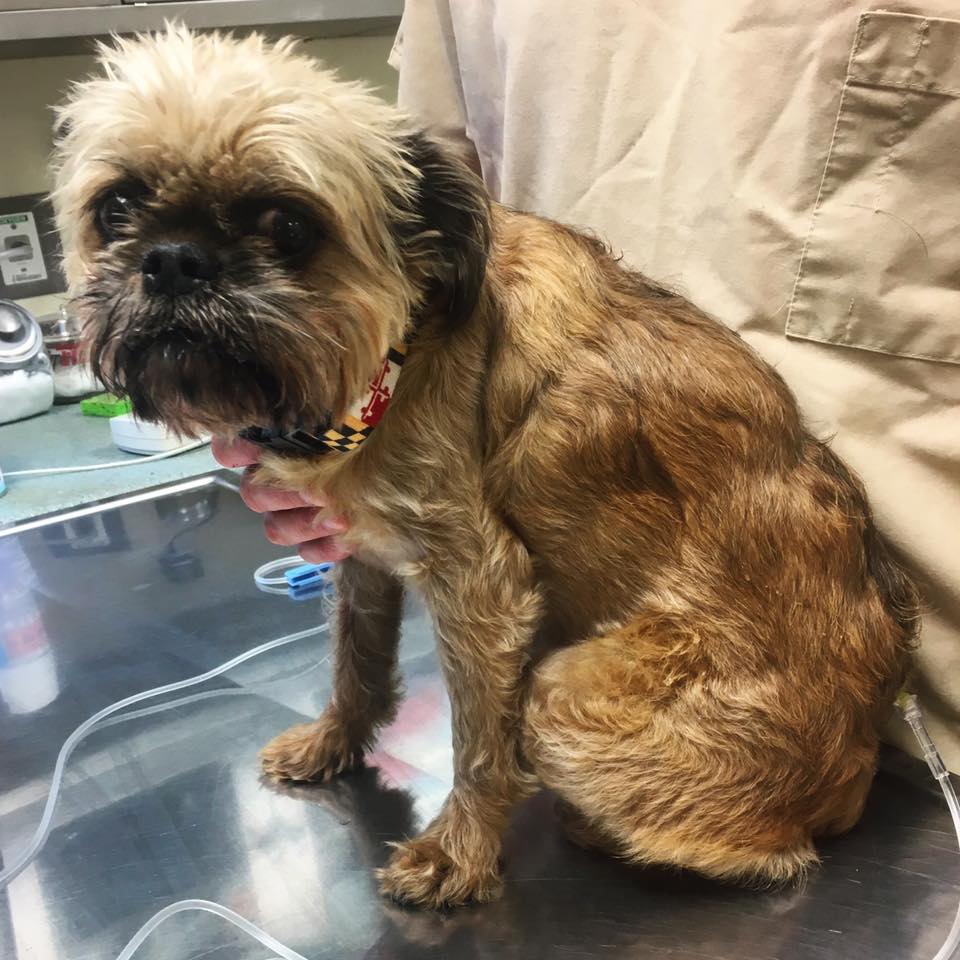 Hailey comes in to see us every now and then to have her blood rechecked and receive subcutaneous fluids. These photos are from a recent visit showing Dr. Becca and veterinary technician Michael giving fluids. Most animals are extremely tolerant of receiving fluids, as you can see, Hailey happily sits with us during the procedure. Her owners have also learned how to give fluids at home, which is a great way to keep a CKD patient hydrated and healthy. In fact, they have been doing such a good job that Hailey's kidney values have improved at each visit! CKD can be a scary diagnosis, but Hailey is a wonderful example of how well pets and owners can cope with this condition. 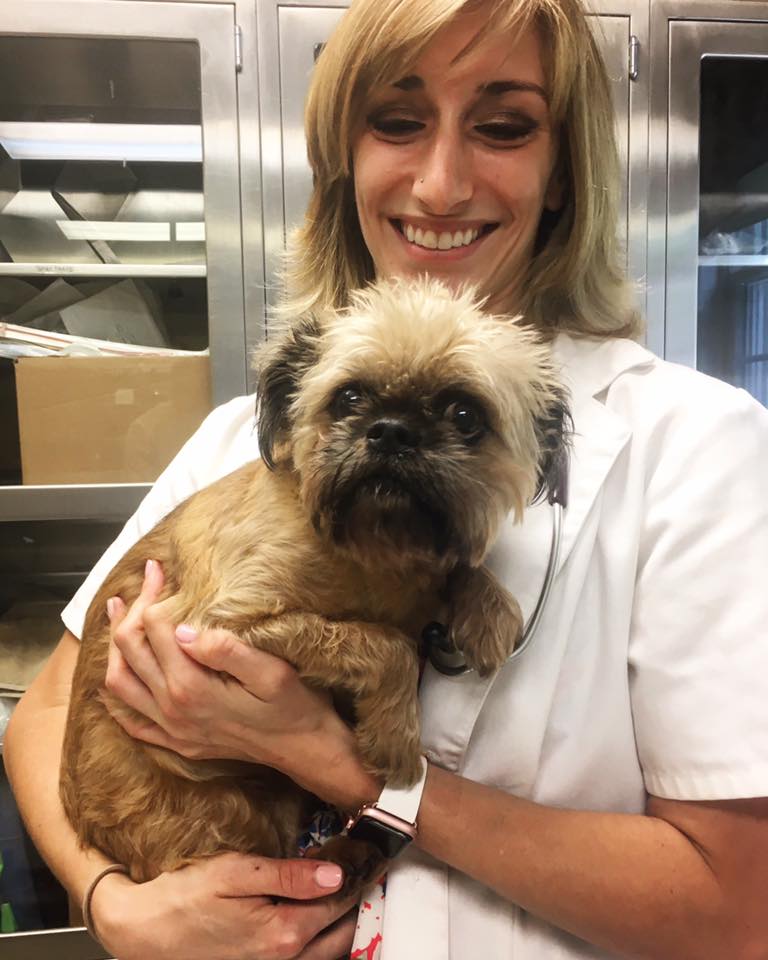